One of the most basic things you'll do in C/C++ is to store and work with numbers. This lesson will teach you some of the basics for:

While these tutorials don't assume that you know how to program, it would be helpful if you understood the difference between an integer and a real number.

A real number is an number that can represent a position on a number line - including any position in between any two integers.

Although C/C++ can store both integers and real numbers, there are limits to how much space it has to store those numbers.

Real numbers can be almost as large as one septillion but they lose accuracy as they get either very large or very small. For numbers that go on a long time (or forever), only the first 23 bits of that number are stored and the rest are just thrown away.

This is like saying that π is about 3.14. We know that it really goes on forever, but most of the time that's close enough for a good estimate.

If you don't remember how to create a project, see Lesson 1. This time, just use a folder called lesson-02.

We're going to start with the following code. Note the new include file math.h.

In order to store a number in C/C++ you'll need to create a variable. One important disction for C/C++ is that it's a strongly typed language.

Let's create three integer variables - a, b, and c - and three real number variables - x, y, and z. In C/C++ (and most languages) real numbers are referred to as floating-point numbers and from here on out I'll be referring to them as floats.

You should be able to compile this program and see your first results. 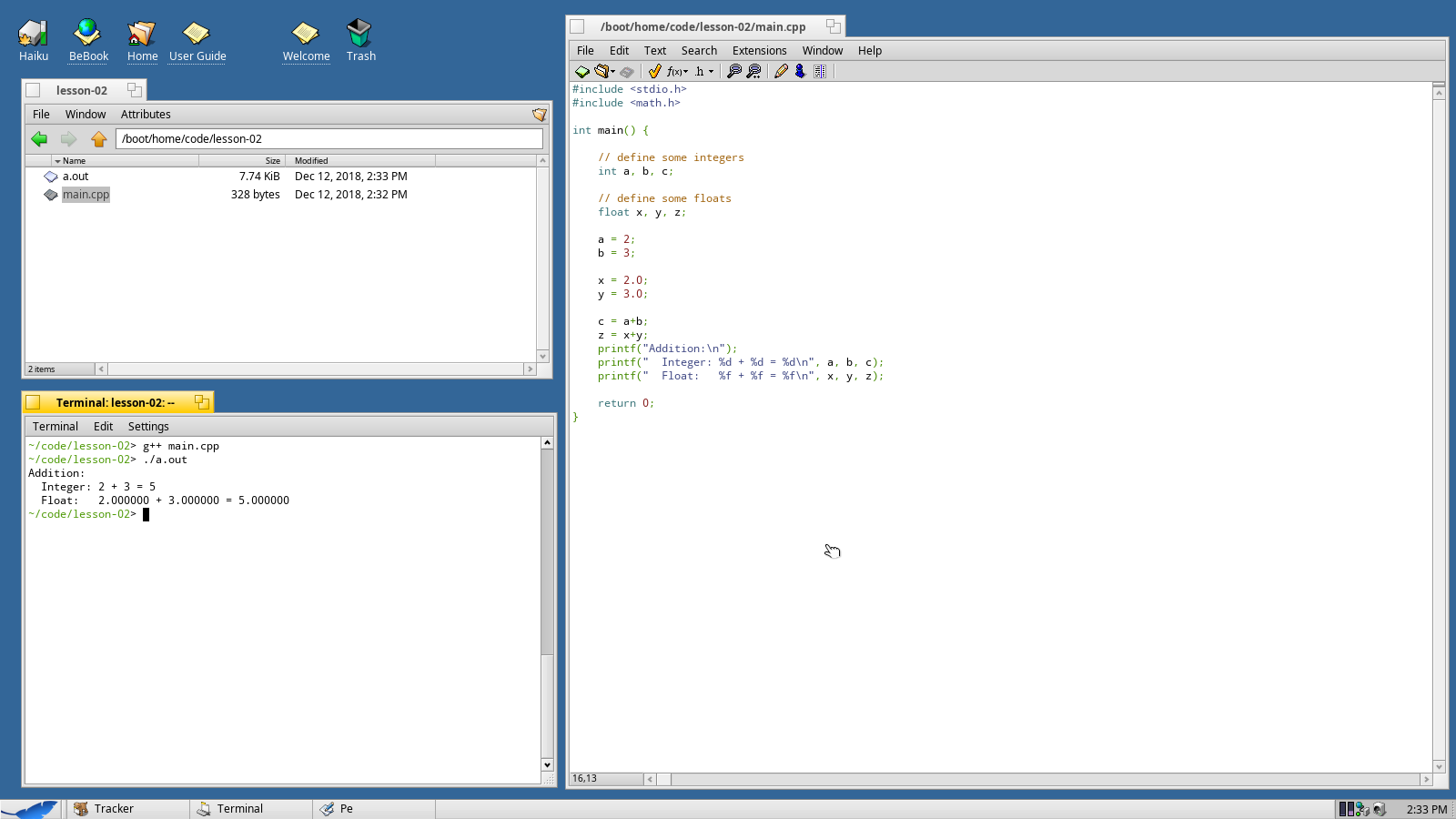 Subtraction works exactly the same as addition, so let's skip it for now. Let's move on to multiplication and division instead.

Compile and have a look at the new results. 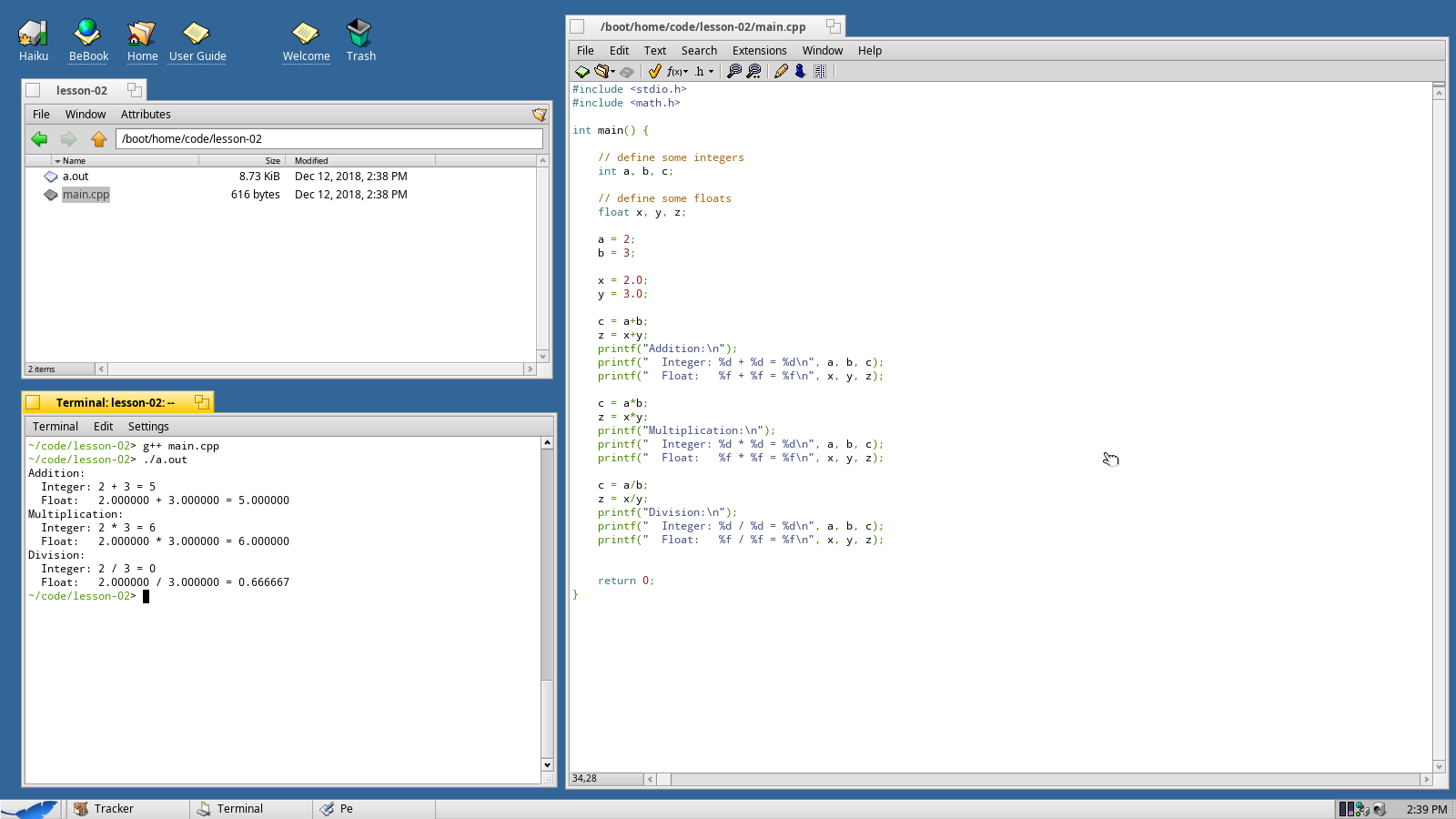 Multiplication works as you would expect, but division has some odd results. For integer division the result is truncated, meaning that anything after the decimal point is simply thrown away. In this case 0.66666… becomes 0.

Floating point is a little different but because ⅔ goes on forever after the decimal point the floating point number also has to give up after a while. The computer is smart enough however to round up here instead of merely truncating.

It isn't totally clear when you look at the code but what's going on behind the scenes is that the computer handles floats and integers in completely different ways. Wholly different parts of the CPU are used to do these operations.

This means that in order to do any math on any number the computer has to have two numbers of the same type. 99% of the time, C/C++ will handle this for you. For the other 1% of the time, you'll need to use casting to change your number's type. 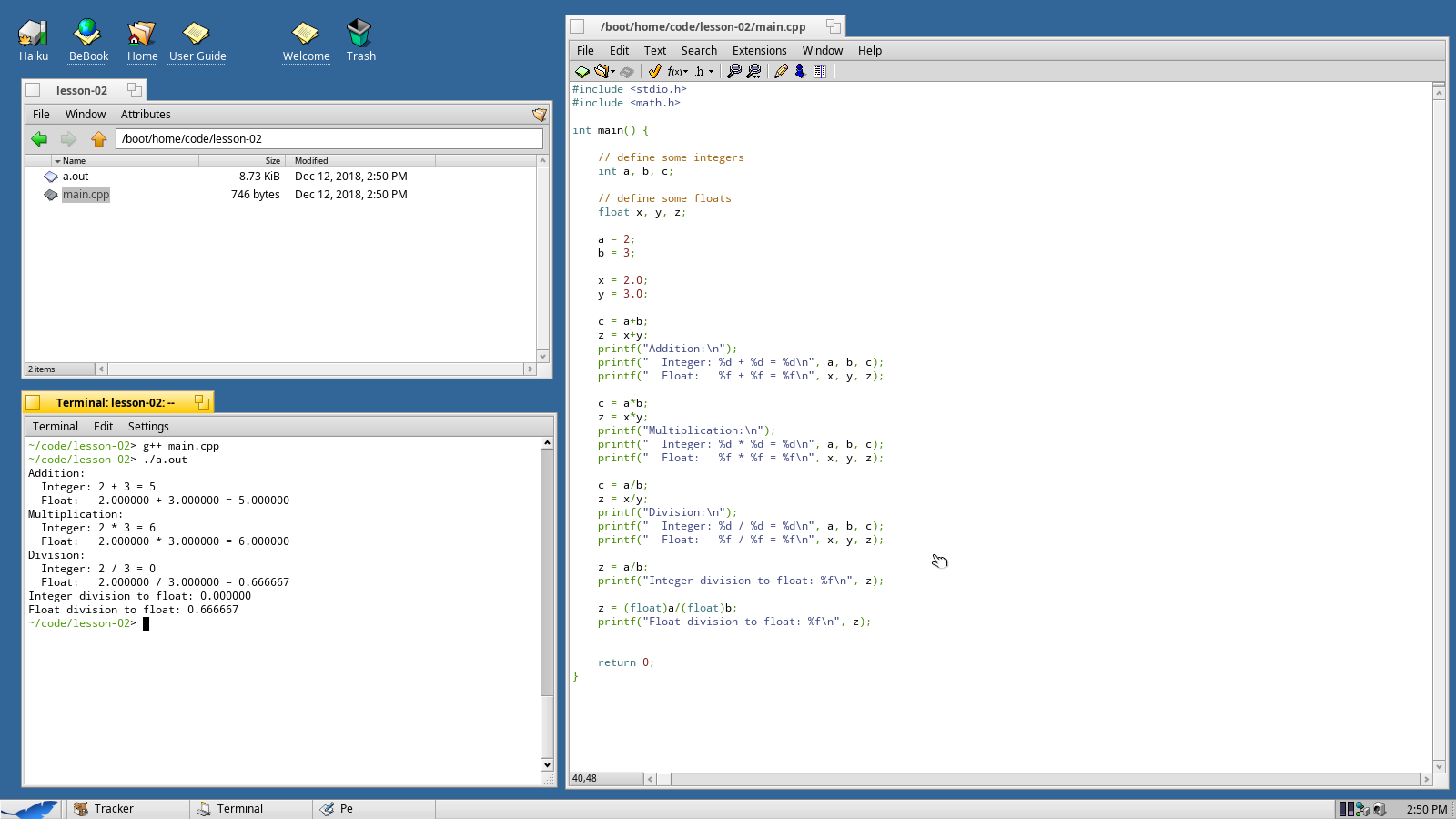 If you try to assign a floating point value to an integer, C/C++ will automatically truncate the number - it'll throw away everything after the decimal point.

There's a function, however, in math.h that allows us to round numbers up or down as appropriate. As you've probably guessed, this function is called round(). 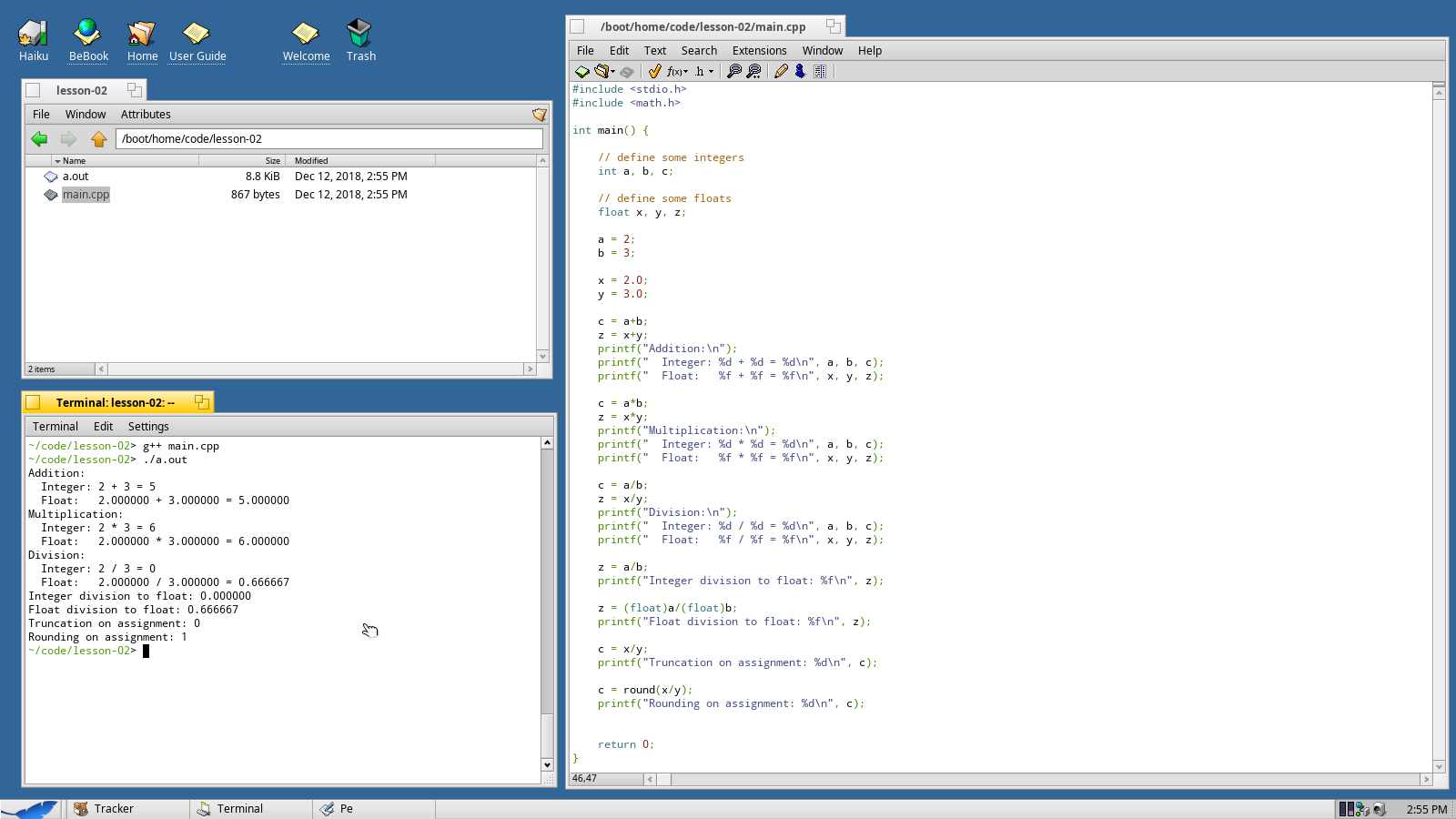 In this case, ⅔ gets truncated to 0, but gets rounded to 1.

In this lesson you learned:

These are some core principles for working in C/C++ and we'll be building on these concepts going forward.